Our latest innovative engine, the 6F21, has been unveiled at the SMM International Maritime Trade Fair in Hamburg, one of the world’s top maritime industry events. 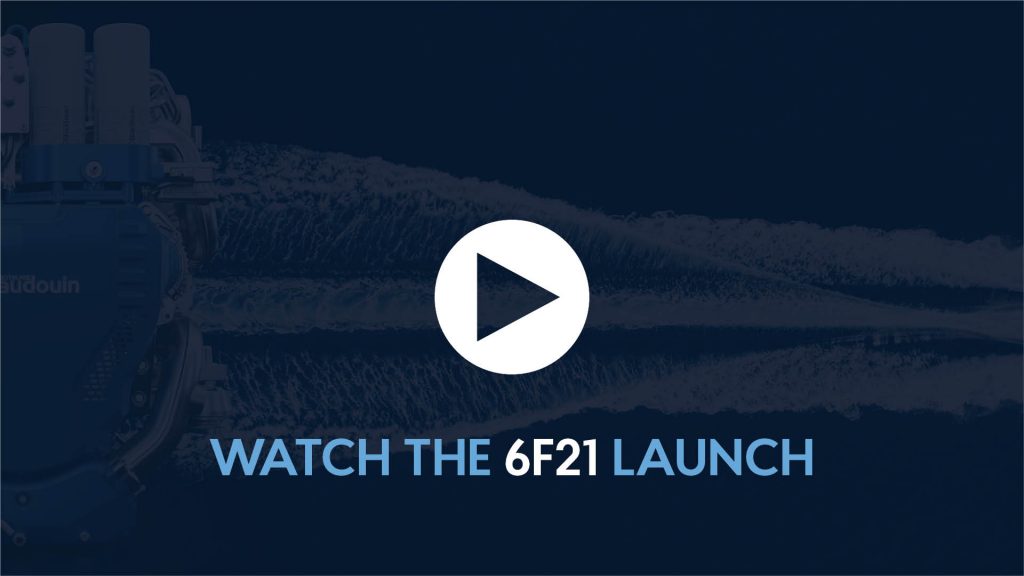 Held biennially, this year’s edition takes place in the German city from 6-9 September and is expected to attract more than 50,000 visitors.

As a central platform for the commercial marine industry, it’s the perfect event to reveal to the global markets the most compact marine engine in Baudouin’s history, with power density never seen before.

Our key specification when developing the 6F21, was to make a robust marine engine that was as compact as possible, without compromising power. We understand that for our clients, the size and weight of the engine are key elements to take into consideration to enable good performance and a small footprint in their engine room, but also to make sure it is easily accessible to maintain and service. This is something we have achieved with this new engine.

We’re delighted that new and current clients will be able to see the 6F21 in action during the fair.

This level of performance was achieved not by a single development, but by evolution in multiple technologies. The 6F21 includes a strengthened engine structure to withstand high torque and a higher cylinder pressure well over 200 bar. A two-stage turbocharger system is also fitted on the engine, along with two intercoolers, and a high-end common rail system, operating at 2200 bar.

To keep the overall weight down, light materials have been utilized. In the 6F21 every part that can be made of aluminum, is made of aluminum. Cast iron and steel are only used when stress and temperature demand it. Flywheel housing, the oil sump, covers, brackets, supports, and even heat exchanger bodies are all constructed from light alloys.

The end result is a high power and lightweight engine, but one that still promises a long life, with the robustness that Baudouin are known for. Every 6F21 engine also has optimized maintenance for low total cost of ownership, and complies with IMO II and EPA III standards, with IMO III and EPA IV following soon.

From launch, the 6F21 is available in three duty ratings with continuous compact power. This includes best-in-class for power output at intermittent duty 599 kW/815 HP, light duty 662 kW/900 HP, and co-leader at the high-performance rating delivering 735 kW/1000 HP. Overall, the engine is best-in-class for power density throughout all three duty ratings.

This power range ensures adaptability across a wide spectrum of Light Duty applications such as military, recreational and pilot boats.

The 6F21 delivers a genuine marine design with marine components, such as individual cylinder heads that make maintenance easy, even in the smallest of engine rooms. The fuel filters are mounted in the front to allow an easy and quick maintenance, and there is no need to dismantle any part of the engine in order to reach a component. The latest safe technology is also included as standard, such as double wall HP pipes, a protected rail, fuel leak sensor, and marine-approved components and monitoring systems.

Like all Baudouin units, these are not ‘marinized’ truck engines, but specialized products designed for the challenges of working life at sea.

The near future: Heavy Duty

The 6F21 is the first step toward a new series of engines offering the best power in the market, consolidating Baudouin as a trusted solution both for the commercial and pleasure markets.

For larger applications, we are readying to expand the burgeoning F series with a larger 17L version of the engine, coming later in 2022, to reach Heavy Duty applications such as fishing, firefighting and passenger boats.

The launch of the 6F21 builds on over a century of experience. Ever since the first Baudouin unit rolled off the line in 1918, marine has been at the heart of all our products. To this day, more than 100 years later, Baudouin is still the only manufacturer that prioritizes marine requirements in every engine.